At CenTiRe, we are always trying to find new ways to improve the performance of an automobile by continued research into tires and suspension systems. The result of one such endeavor is the semi-active double damper consisting of two independent electronically controlled units placed in series with one another. Both units are controlled individually using specific control algorithms based on the road and vehicle. Simulation results show that the tire deflection and sprung mass acceleration of a 2 DOF mass system can be appreciably reduced when using two semi-active dampers in series, comparable to that of an active suspension system. The damper was fabricated and tested using a shock dynamometer at CenTiRe, with results compared against that of a relative single semi active damper and passive damper. The next step involves building a production version of the double damper and testing it on a quarter car to confirm the simulation results and then testing on a car to compare full vehicle performance.

The student involved in this research, Sheetanshu Tyagi, has recently successfully defended his Masters thesis.  Though not a CenTiRe IAB funded project, information on this project is being made available to our members in the Members Area of the web site (under Completed Projects – 2016 Projects). 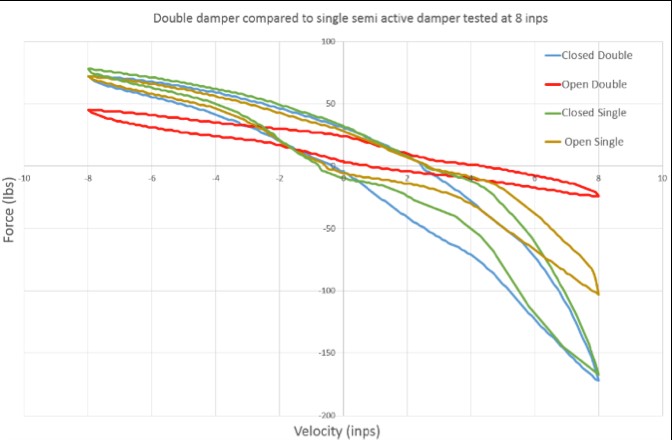